See How You Can Get Involved 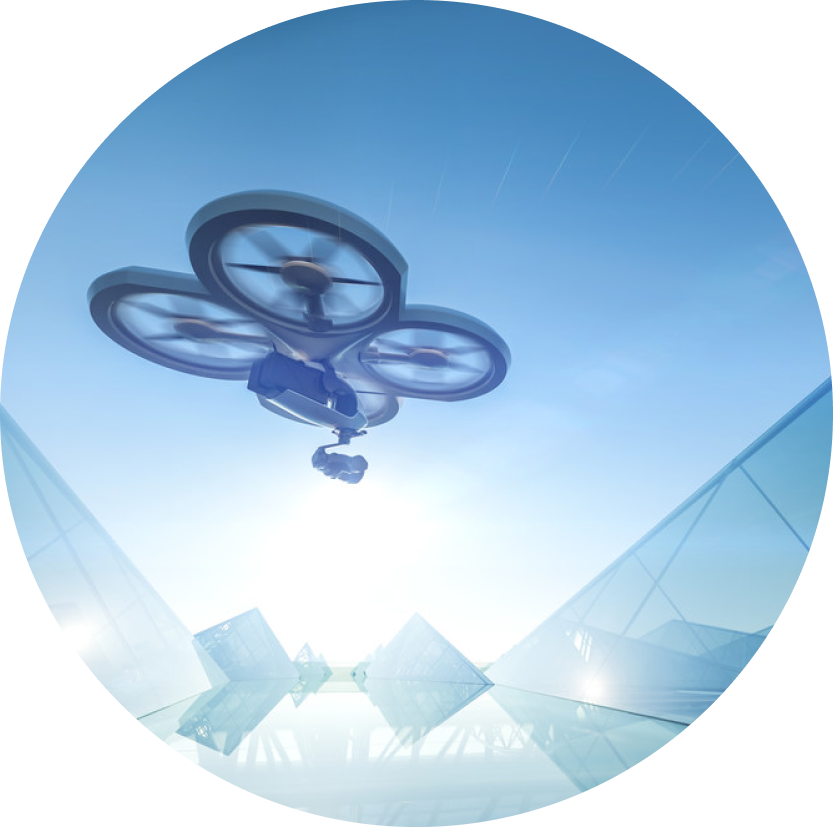 Open Generation advances the entire 5G ecosystem by realizing capabilities that are greater and more impactful than what any member could accomplish independently. Our members multiply the ROI on their R&D by collaborating with a diverse cross-section of tech leaders, vertical pioneers, academic researchers, and industry associations. 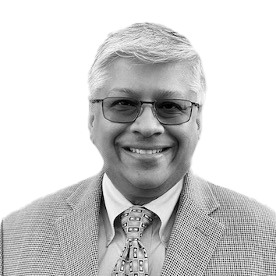 As the managing director of incubation and new product development, Ajit Kahaduwe leads the team responsible for discovering MITRE ideas which are scalable for the public good with private industry. His team members evaluate market opportunities based on financial and social return criteria and develop ideas using lean startup methodology.

After a global career at Nokia and Motorola in addition to a network equipment startup, Kahaduwe joined MITRE in 2021. Prior to joining, he was a senior product management executive at a global SaaS web collaboration and unified communications as a services provider. He is also a Scrum Alliance certified scrum product owner and hold patents in location and security technology.

Kahaduwe holds a BS in electrical engineering with minors in economics and international affairs from the Georgia Institute of Technology. 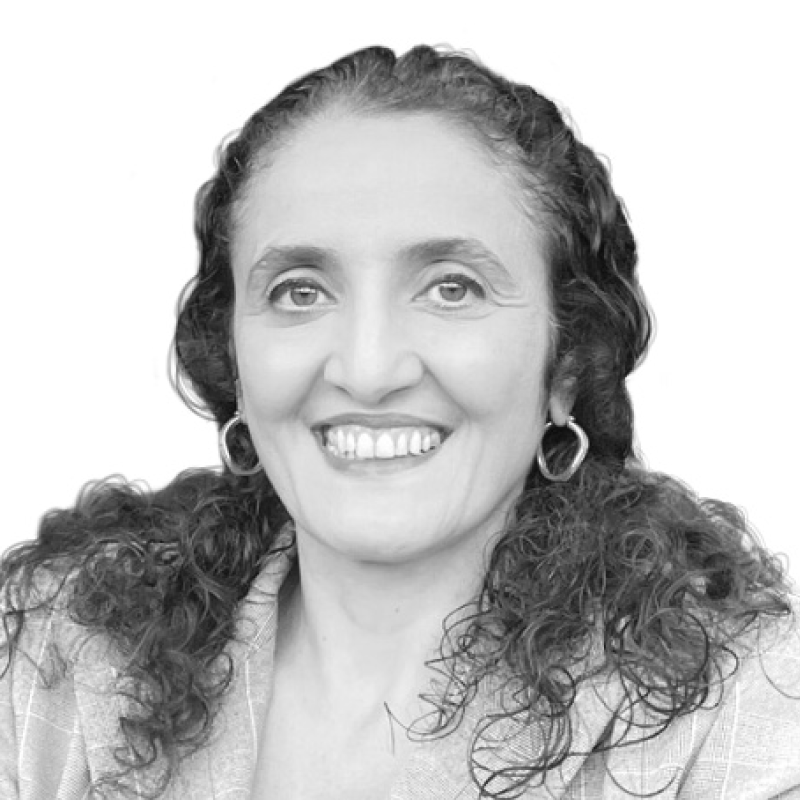 Prior to joining the Open Generation efforts Leila was MITRE’s Chief Engineer for the Aviation Concepts and Research division, which included Communications, Navigation, Surveillance and Spectrum aspects related to the civil aviation.

Leila is an experienced wireless communications engineer with a history of solving complex technical problems both for industry and government. As part of her work at MITRE, Leila has led several activities on multi-disciplinary concepts related to wireless networks design and optimization, spectrum engineering, satellite communications, aviation communications, navigation and surveillance systems, unmanned aircraft systems, and vehicular systems. With a solid understanding of U.S. spectrum policy and spectrum management, Leila has also served as a trusted advisor on some of the key questions currently being addressed by government on spectrum management.

Prior to joining MITRE in 2009, Leila worked as Director of Systems Engineering at CelPlan Technologies, where she developed solutions for design and optimization of wireless networks. She has also served as an adjunct professor in Satellite Communications at George Mason University, and co-founded a non-profit organization to help promote cultural diversity and inclusion of the Brazilian culture. 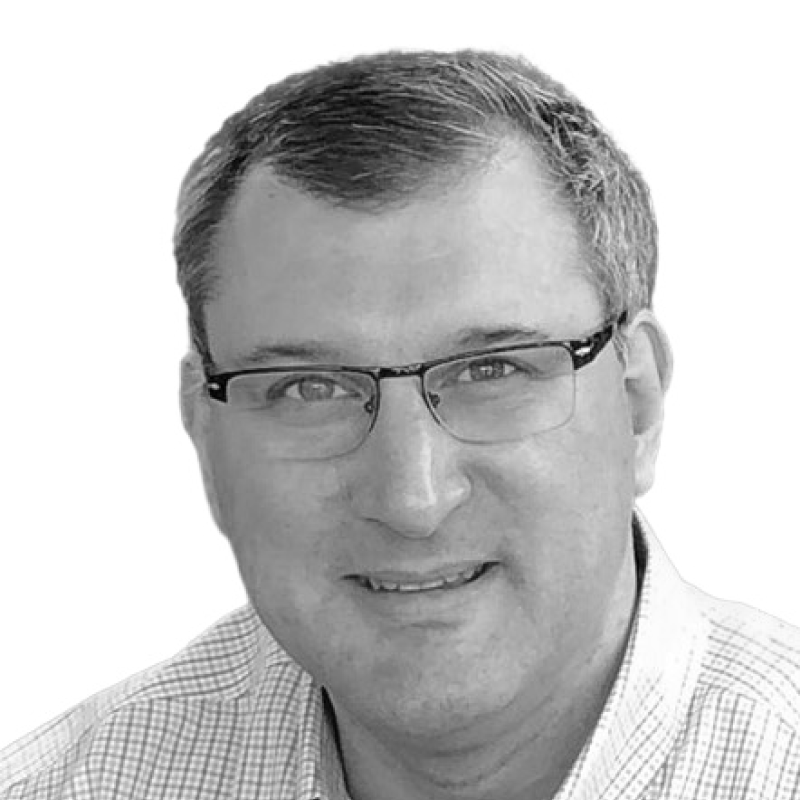 Thierry E. Klein is the Head of the Integrated Solutions and Experiences Research Lab at Nokia Bell Labs. He is leading a global research team dedicated to applied research, innovation and advanced technologies with the mission to design, develop and prototype massively disruptive solutions, systems and experiences for the next human-industrial revolution. The research domains span new wearable devices, cloud robotics and drones, image and data analytics, industrial process optimization and automation enabled by 5G networking and edge computing technologies.

In previous roles, he was the Head of Innovation Management for Vertical Industries with a focus on the transportation, automotive and connected industries sectors. He also served as the Founding Vice-Chair of the Board of the 5G Automotive Association (5GAA), a cross-industry association bringing together the telecommunications and automotive industries that he helped found and launch in September 2016. He was also the Program Leader for the Network Energy Research Program at Bell Labs, Alcatel-Lucent with the mission to conduct research towards the design, development and use of sustainable future communications and data networks. He served as the Chairman of the Technical Committee of GreenTouch, a global consortium dedicated to improve energy efficiency in networks by a factor 1000x compared to 2010 levels.

He joined Bell Labs Research in Murray Hill, New Jersey in 2001. From 2006 to 2010 he served as the Founder and CTO of an internal start-up focused on wireless communications for emergency response and disaster recovery situations within Alcatel-Lucent Ventures.

Thierry earned an MS in Mechanical Engineering and an MS in Electrical Engineering from the Université de Nantes and the Ecole Centrale de Nantes in Nantes, France. He received a PhD in Electrical Engineering and Computer Science from the Massachusetts Institute of Technology, USA. He is an author on over 35 peer-reviewed conference and journal publications and an inventor on 36 patent applications. He is the recipient of a Bell Labs’ President Award and two Bell Labs Teamwork Awards. In 2010, he was voted “Technologist of the Year” at the Total Telecom World Vendor Awards and received the 2016 Industrial Innovation award from the IEEE Communications Society. 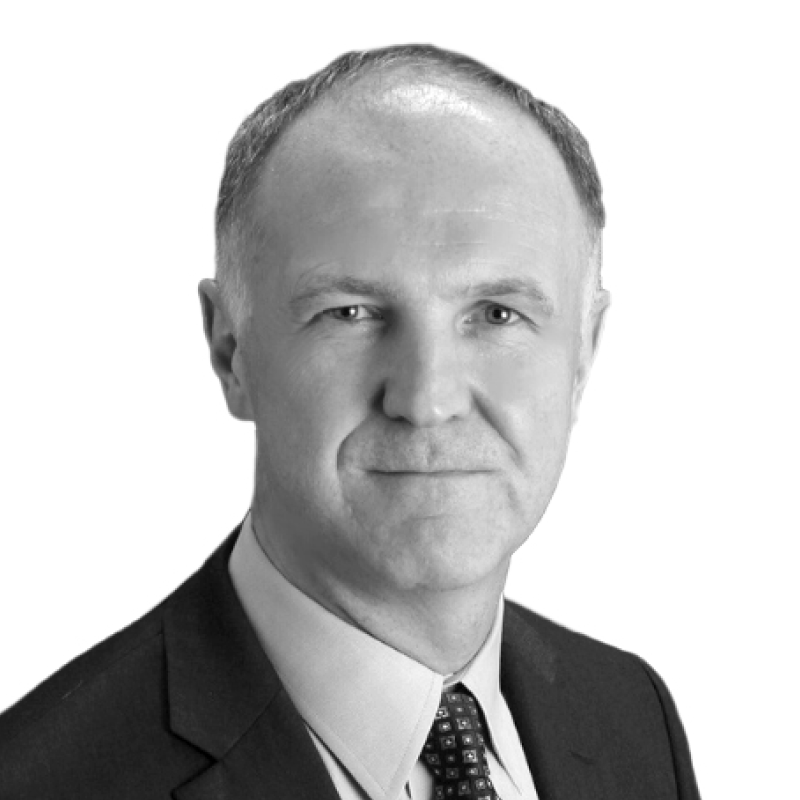 Challoner currently serves as Vice Chair, Board of directors of the CBRS Alliance, Large Company representative, for the Board Wireless Innovation Forum and on the Board of Governors for 5G Americas. He joined Ericsson in 2010 from Nortel where he held executive roles leading the GSM product line, Intelligent Networks and Broadband Wireless businesses. He has global experience working in the US, Canada, France, India and the UK. With 25 years in the telecom industry he possesses extensive industry experience and has innovated bringing numerous radio products to market specializing in the field of wireless communication. 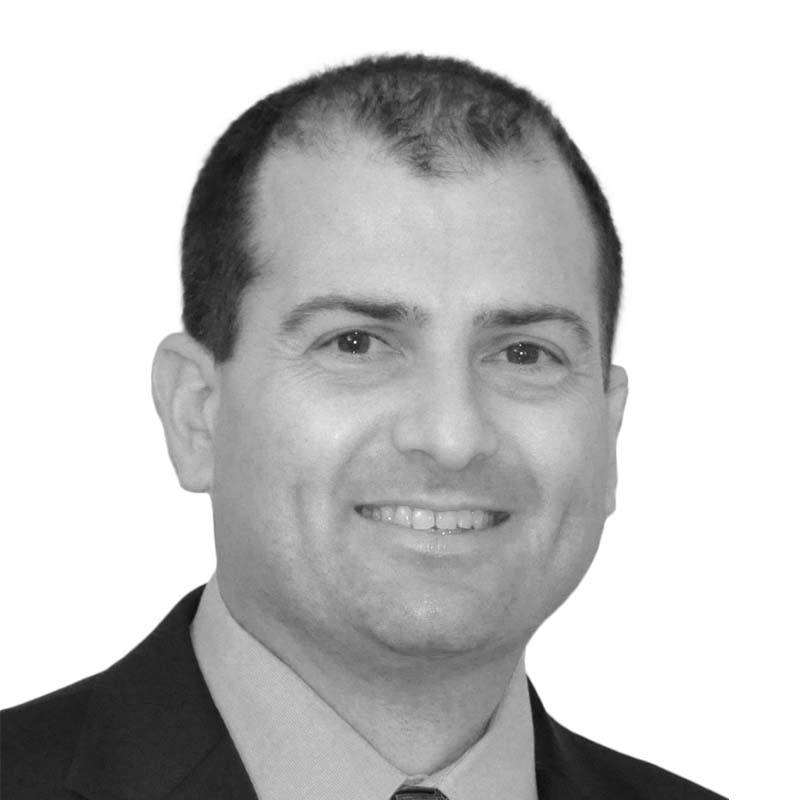 Ed Diaz is the Director of Network Infrastructure Planning & Standards at Verizon, a founding member of Open Generation. 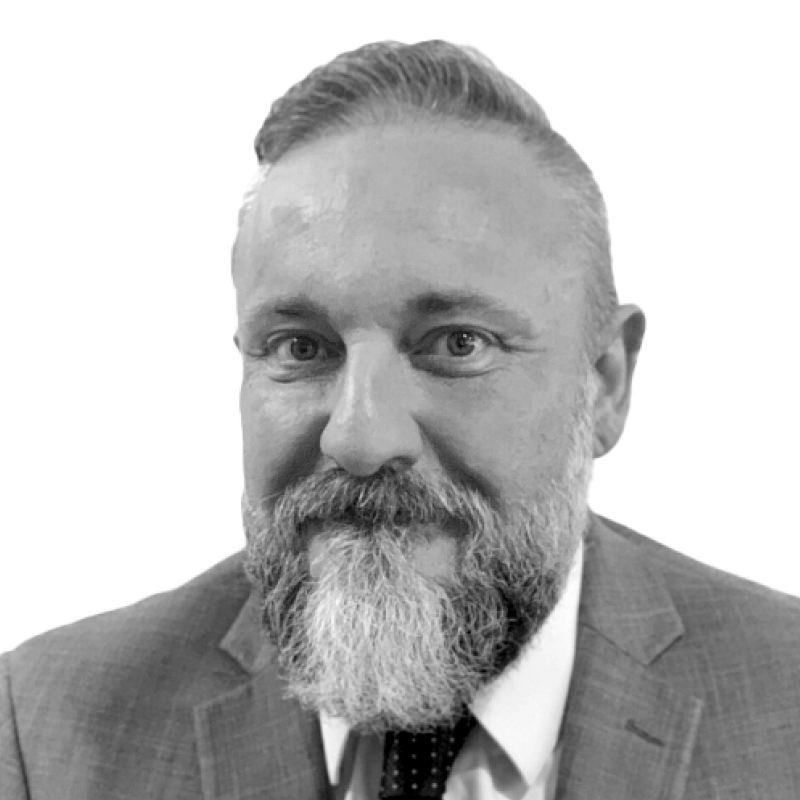 Stefano has 26 years of experience in standardization and R&D for cellular networks and Wi-Fi, having been active in 3GPP, IETF, IEEE, WFA, and WBA where he has been chairing several activities (with 20 years of presence in 3GPP SA2). Stefano is active in 3GPP standardization for system architecture and verticals enablement, and is the rapporteur for the UAVs related work in 3GPP SA2. In the 3GPP system architecture, Stefano is also working on network slicing, non-3GPP access integration, satellite network architecture, edge computing, and WWC broadband fixed integration. Stefano is also involved in ATIS, FAA, GUTMA, ASTM, and FCC activities related to UAVs. Stefano has previous experience in Telecom Italia, Nokia, Intel, Marvell, and BlackBerry. 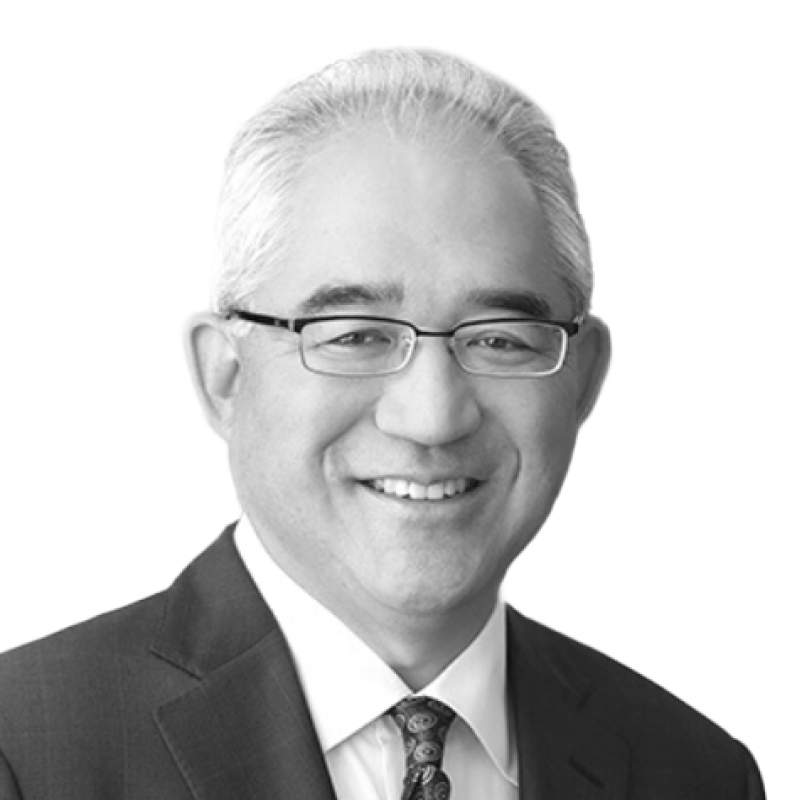 Tom Sawanobori is CTIA’s Senior Vice President and Chief Technology Officer. He is responsible for technology evolution to 5G and beyond, spectrum planning, network evolution, cybersecurity, and device certification to benefit CTIA’s members and to serve as a technical resource to policymakers. He has 22 years of technology planning, network engineering and operational experience for a large, national operator.

Prior to CTIA, Tom was Vice President of Network Planning at Verizon, where he was responsible for technology planning and capital budget management. He led the technology evolution of the network from 2G/3G/4G including spectrum planning, 4G LTE technology rollout, and core network evolution. In addition to his career at Verizon, Mr. Sawanobori worked at Hughes Electronics on Navy Communications and Combat Systems. He served 20 years in the Navy including submarine warfare and Naval planning roles before retiring as a Commander. 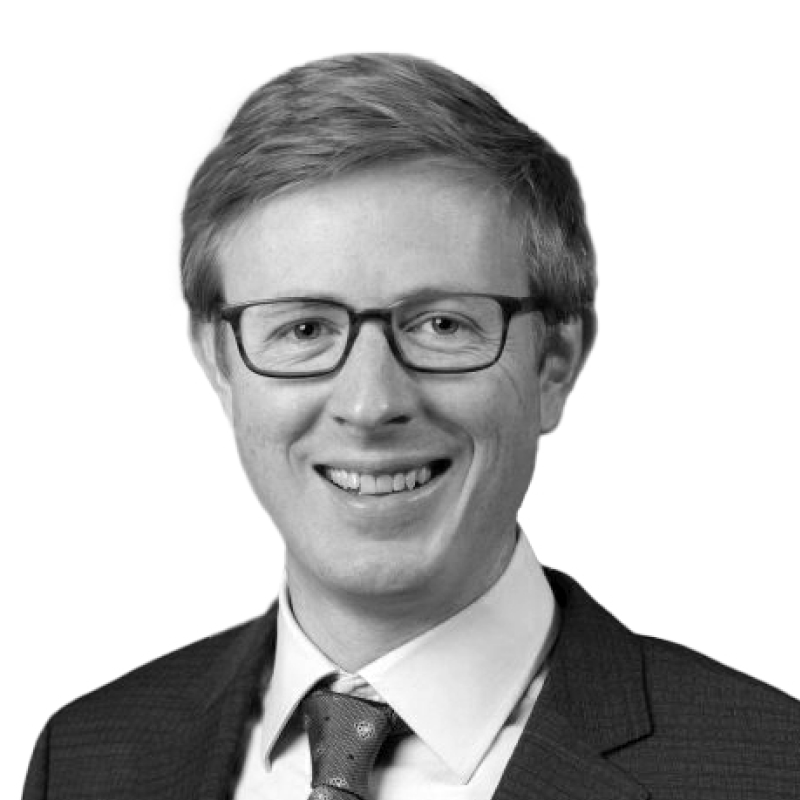 Daniel Jakubisin is a Research Assistant Professor with the Virginia Tech National Security Institute and with the Bradley Department of Electrical and Computer Engineering at Virginia Tech, by courtesy. His research is directed towards advancing the security and resiliency of wireless communication systems. Prior to joining Virginia Tech, he was a technical advisor supporting IP/patent matters in the telecommunications sector. He received his Ph.D. and M.S. degrees from Virginia Tech, Blacksburg, VA, USA and his B.S. degree from UNC Charlotte, Charlotte, NC, USA. 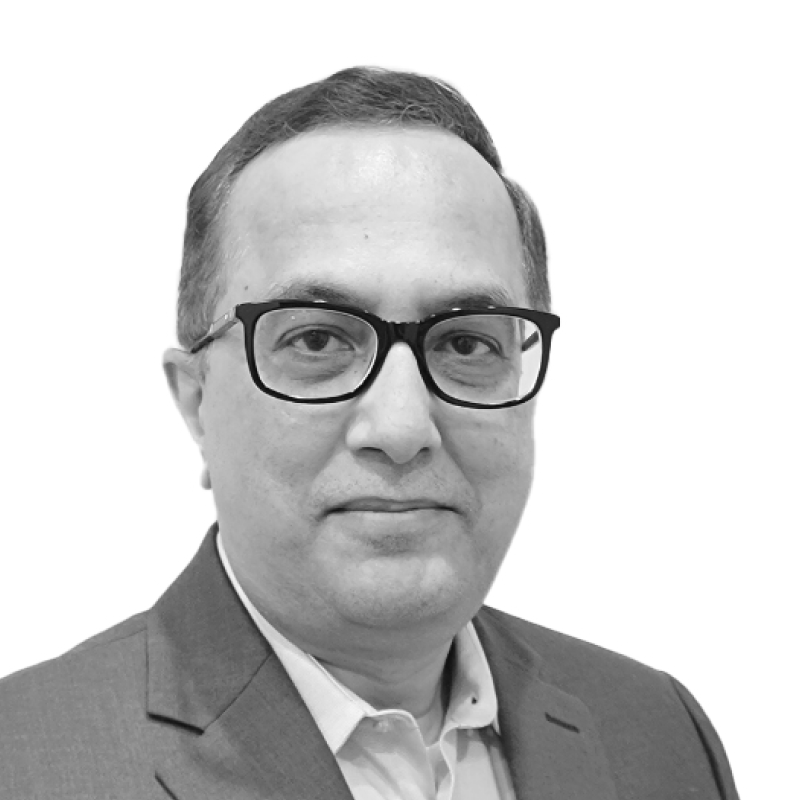 Javed Khan is a Sr. Director of 5G RAN Product Management with Rakuten Symphony, where he leads their Private Networks and Small Cells portfolio. He has over 25 years of experience in the telecommunications industry with expertise in systems engineering and product management of CDMA, LTE and 5G networks. Prior to joining Rakuten Symphony (via Altiostar) in 2020, he worked for Nokia’s Mobile Networks division in LTE RAN Systems Engineering and 5G RAN Product Management. Javed also worked for Motorola in SW development and Systems Engineering roles spanning many products and technologies including Iridium, CDMA and LTE RANs. 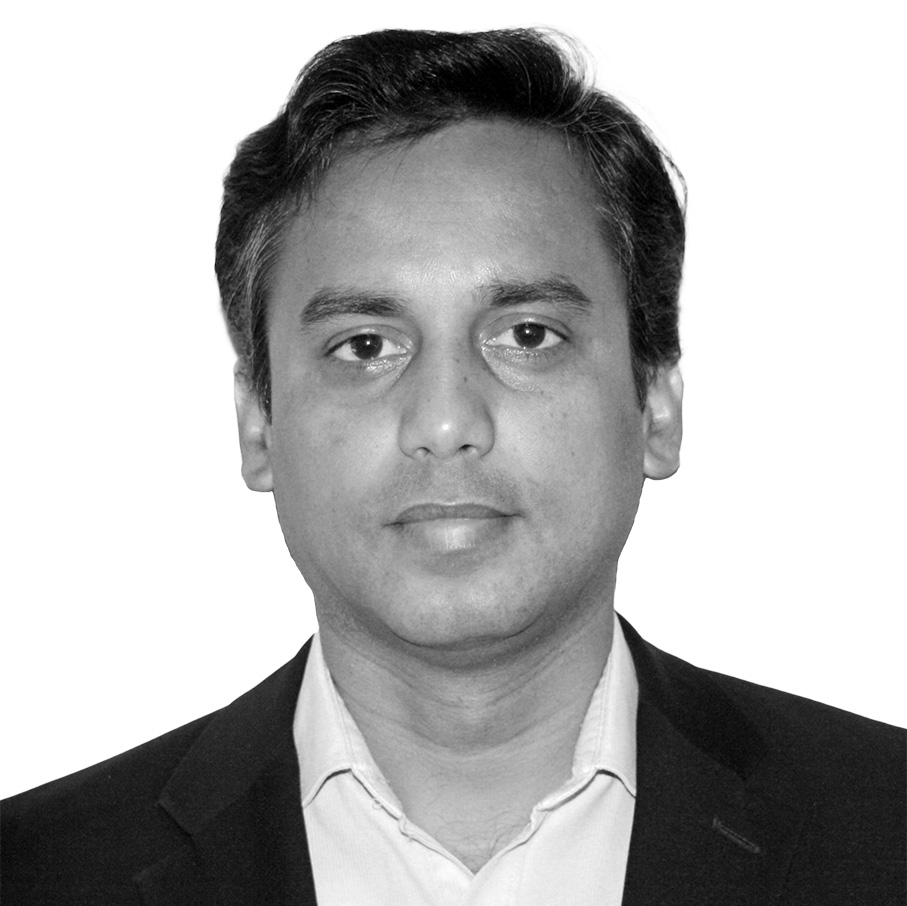 Amresh Singh is the Director of Business Partnerships for Samsung Electronics America, where he is responsible for fostering effective and impactful partnerships with companies in order to address strategic goals forSamsung’s North American Networks division. Amresh, joined Samsung in 2019, has more than 15 years of strategy, technical marketing, product management, and engineering experience in the wireless industry. Prior to Samsung, Amresh worked for Intel managing global service provider technical marketing team. He also worked asa Director of Intel infrastructure strategy group. Amresh also worked for different business development and technical roles at Apple and Qualcomm. For Apple he worked on wireless system design and helped in commercialization of Apple products. For Qualcomm he worked as a Technical Account Manager leading commercialization of smartphone products based on Qualcomm solution across EMEA region. Amresh holds an MBA from Warwick Business School, United Kingdom and Bachelor’s in Computer Science from National Institute of Technology, Tiruchirappalli, India.

Open Generation members are titans of industry, foremost researchers in academia, and disruptive startups making the unbelievable achievable. All our members contribute to make generational impact.

Revolutionary advances in 5G technology can only be realized with collaboration among industry visionaries. Open Generation provides an unrivaled opportunity for organizations of any size to advance the commercialization of next-generation services that dramatically improve the safety, convenience, and accessibility of humans.

Pioneering organizations evolve their operations and drive the market by striving to realize end-to-end solutions that require advanced network technologies.

MITRE Engenuity seeks engagement from all facets of the 5G ecosystem and its many use cases. Contact us to get involved, or sign up for e-mail updates to stay informed about the latest breakthroughs.