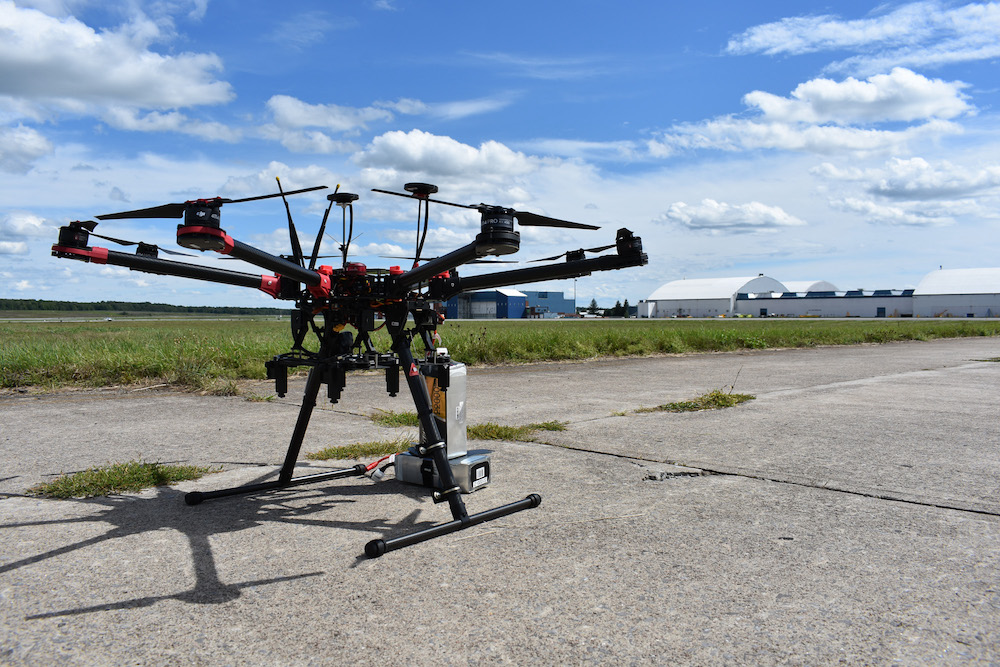 The 100-square-mile test network will allow BVLOS and long-range experimentation.

At one of seven FAA designated UAS test sites, the 100 square mile 5G experimentation hub solves a complex challenge hindering UAS aviation by making it possible to rigorously test the benefits of 5G speed and reliability across UAS use cases and benefits 5G experimentation in other areas by enabling us to collect meaningful data related to the dependability, low latency and high bandwidth unique to 5G.

Through further collaboration, the 5G aviation range will add long-range 5G flight paths that circumvent various topographies with varying aviation considerations (ranging from over water and wilderness to over people and near airports) to test a variety of use cases while aligning with the FAA’s Advisory and Rulemaking Committee’s UAS BVLOS ARC Charter.

Read the full press release from Governor Hochul below:

“Our drone corridor being selected for the launch of the nation’s first 5G unmanned aircraft systems testing range further positions our state -specifically the Central New York and the Mohawk Valley region -as the global leader in the market for this cutting-edge technology,” Governor Hochul said. “Through our continued investment in the drone corridor, we are strengthening and growing our regional economies for generations to come.”

New York State established itself as the nation’s premiere destination for drones and businesses at the forefront of innovation by making a $30 million investment in 2016 to develop the 50-mile flight traffic management system between Syracuse and Griffiss International Airport in Rome. In total, the state has invested nearly $70 million over the past five years to advance the unmanned aircraft systems industry in Central New York and the Mohawk Valley.

New York receiving the 5G technology for its drone corridor represents a new milestone for the sector’s continued development in the state. Within this corridor, strategic investments are accelerating industry growth by supporting emerging uses in key industries, including agriculture and forest management, transportation and logistics, media and film development, utilities and infrastructure, and public safety.

“Supporting innovative technology and emerging industries that will create the jobs of tomorrow is at the core of ESD’s mission. Both the agency and our regional economic development councils have been very focused on growing the UAS industry in Central New York and the Mohawk Valley,” Empire State Development Chief Operating Officer and Executive Deputy Commissioner Kevin Younis said. “MITRE’s selection for New York’s Drone Corridor to receive first-in-the-nation 5G technology represents a new milestone for the sector’s continued development in New York State.”

New York will be the first FAA-designated UAS test site with a bespoke 5G network,” NUAIR CEO Ken Stewart said. “The industry is looking for an FAA and FCC approved communications network that has the capability and reliability needed for safe commercial drone operations. 5G holds the promise of unlocking scalable, economically viable drone operations and we are confident that our work in New York will help determine if 5G is a suitable solution for the UAS industry.”

Both the Central New York and Mohawk Valley Regions have world leading UAS ecosystems and the technology, resources, and economic incentives needed to conduct advanced 5G testing. The U.S. Air Force has been actively flying large, unmanned aircraft out of Syracuse Airport since 2015 and the city has already started preparing for the ‘fourth revolution’ of drones and 5G technology, replacing their streetlights with ‘smart’ streetlights capable of supporting a 5G communications network.

The test site is part of the ever-growing 3,500-acre Griffiss Business and Technology Park, which is home to a multitude of high-tech, world-leading companies in cyber security, quantum computing, manufacturing and more. Sky Dome will complement the test site at Griffiss, providing year-round, indoor testing of advanced drone technologies, including artificial intelligence-based flight controls and autonomous swarms of small drones.

Many in the telecommunications industry consider 5G to be the ideal spectrum for unmanned aircraft systems operations and are looking to have it approved by the FAA and FCC for airborne use in airspace under 400 feet – the typical airspace used for commercial drone operations. Bluetooth and Wi-Fi are other bands of unlicensed spectrum used to fly drones, but are not reliable enough for safe, long range drone operations.

The 5G testing in New York will help prove to the FAA and FCC that the 5G cellular network meets acceptable aviation safety requirements, like what would be required for a wired communication or point-to-point radio link.

NUAIR Alliance partners  -including New York, Michigan, Massachusetts, DRONERESPONDERS, the state Division of Homeland Security and Emergency Services -will help advance the reality of a cohesive 5G network for scalable unmanned aircraft systems operations. Proving the safety, reliability, and capabilities of 5G technology in the unmanned aircraft systems space will prove the ability to use 5G in many other private and public sectors including government agencies like the U.S. Department of Defense.

Senator Rachel May said, “5G technology paired with drones has many possible beneficial commercial uses. This technology has the potential to greatly improve the deployment of drones for infrastructure monitoring, installation of solar technology, faster and more efficient delivery of goods, and many others. It is exciting to see continued investment in our region from innovators.”

Senator Joseph Griffo said, “I am pleased that the MITRE Engenuity Open Generation 5G Consortium will install the nation’s first 5G Uncrewed Aircraft System test network within the drone corridor managed by NUAIR. This additional resource will help to grow, enhance and further develop UAS and drone-related technology, networks and systems in the Mohawk Valley and Central New York.”

Senator John W. Mannion said, “New York continues to grow its leadership position in UAS research and development through partnerships with next generation companies like MITRE Engenuity. With our region hosting the nation’s first 5G UAS testing range, Central New Yorkers are now developing, building, testing, and bringing to market leading technologies while competing – and winning – in a global industry. Thank you to Governor Kathy Hochul, MITRE, and ESD for your partnership and support for upstate New York.”

Assemblyman and Transportation Committee Chairman William Magnarelli said, “The New York State drone corridor established itself as a global-leader in this cutting-edge technology market. The continued investment in this area, including bringing 5G to the corridor, will increase opportunities for advancement of these businesses in the Central New York and the Mohawk Valley, so that the drone corridor businesses can maintain their position at the forefront of innovation in this industry.”

Assemblywoman Pamela Hunter said, “New York’s continued investment in infrastructure that supports the UAS industry will ensure that CNY will lead in this field for many years to come. By testing UAS technology within 5G networks, we are preparing for and creating the future of this industry. I commend Governor Hochul for facilitating this important project and look forward to seeing our region become an even greater innovation hub.”

Assemblywoman Marianne Buttenschon said, “Reliable uncrewed aircraft systems are critical to ensuring the cutting-edge developments in this field can be used to support businesses in the Mohawk Valley and across the state. 5G research, which will allow us to safely operate drones on long flight paths and beyond the line of sight, will advance the drone industry by leaps and bounds and expand the range of practical applications. I’ll continue working with state leaders, local officials, and community partners to support the Mohawk Valley’s flourishing UAS industry.”

Oneida County Executive Anthony J. Picente Jr. said, “I am pleased that Oneida County’s UAS Test site has been selected as the nation’s first 5G UAS testing range and I look forward to the positive impact this project will have on UAS communication. Our test site at Griffiss International Airport continues to be on the forefront of industry research, development and innovation and today’s announcement elevates the status of our 50-mile corridor to Syracuse to even greater heights. I thank the MITRE Engenuity Open Generation Consortium for recognizing our potential and our partners at NUAIR for their continued support and leadership.”

Syracuse Mayor Ben Walsh said, “The addition of 5G to the UAS corridor adds to Syracuse’s leadership in ultra-high speed wireless technology. Implementation of a 5G wireless network in the city of Syracuse is already well underway with more than 175 5G sites installed. On the city’s south side, construction is advancing and hiring will begin soon at a technology manufacturing plant for 5G equipment. Having the fastest wireless service available to city residents and businesses is an important part of our Syracuse Surge strategy for inclusive growth in the New Economy. I thank Governor Hochul, Empire Statement Development and MITRE Engenuity Open Generation 5G Consortium for support and investment in creating the nation’s first 5G UAS testing range between Syracuse and Rome.”

Rome Mayor Jacqueline M. Izzo said, “The selection of the Griffiss UAS test site to establish 5G capability along the 50-mile drone corridor is yet another example that the financial commitments that have been made by New York State and local governments to advance this technology are paying off. NUAIR and its partners have proven time and time again that they are capable of carrying out large scale UAS research and development throughout the corridor, which is making a difference in the advancement of UAS throughout the United States and the addition of 5G will widen those R&D capabilities not only at the Griffiss test site, but throughout the 50 mile drone corridor to Syracuse.”

Published first on the Governor of New York’s News page. 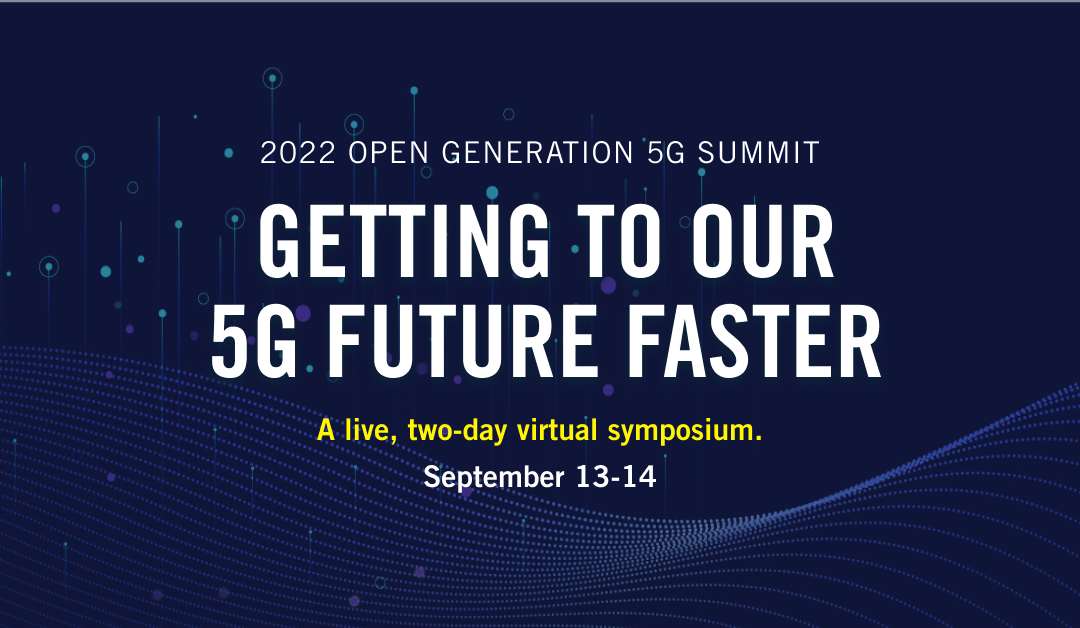 How 5G and Drones Support Post-Pandemic Economic Resiliency in the U.S.

The COVID pandemic alerted us to how quickly the economy can derail and how easily supply chains and global markets can break down. It also forced people to accelerate new ways of looking at how we work and interact with the world around us.  The timing of this... 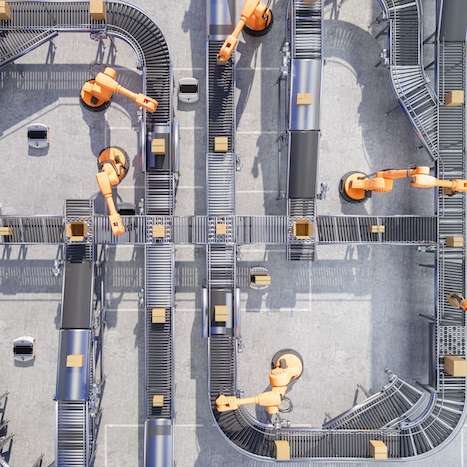